The woman who leaked debate questions to Hillary Clinton ahead of time just punked herself. 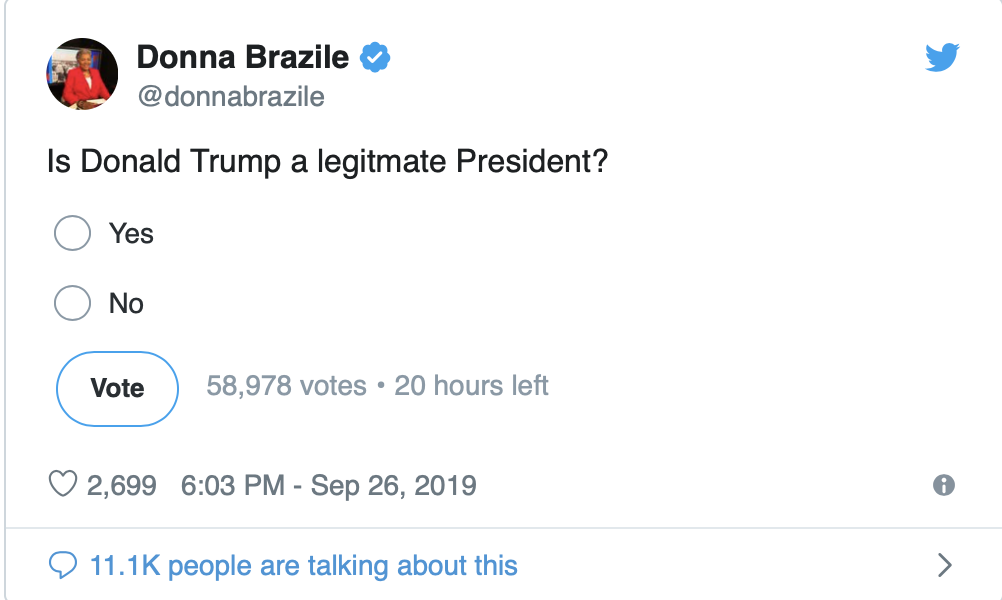 And here’s the result:

Do we answer ourselves, or are you going to provide us with the answer?

Do we answer ourselves, or are you going to provide us with the answer?

Did you help Hillary by giving her debate questions in advance, you cheating cheater?

Did you help Hillary by giving her debate questions in advance, you cheating cheater?

Did you cheat and give Hillary Clinton the debate questions before the debate?
Yes
Yes
All of the above

Did you cheat and give Hillary Clinton the debate questions before the debate?

Back in March, Fox News brought Brazile on board…

After all, isn’t this the same woman that many at Fox News correspondents have spent the last two years raking over the coals for leaking the 2016 Democratic primary debate questions to then-candidate Hillary Clinton? Indeed, it is!

Really, though, it’s not that difficult to understand Fox News’ thinking. The cable news racket is more entertainment than straight news. Fox News understands this better than most. The Brazile hire is good show business.

Brazile noted, “I’m delighted to be joining FOX News. I know I’m going to get criticized from my friends in the progressive movement for being on FOX News. My response is that, if we’ve learned anything from the 2016 election, it is that we can’t have a country where we don’t talk to those who disagree with our political views.”

Brazile: “There’s an audience on FOX News that doesn’t hear enough from Democrats. We have to engage that audience and show Americans of every stripe what we stand for rather than retreat into our ‘safe spaces’ where we simply agree with each other.“

Protesters Bring Guns to Beto Rally, He Demands Government ‘Buy Back Every Single One of Them’