There’s nothing worse than the HOA, right?

These are the sort of organizations often staffed by the nosey Nancy’s of the neighborhood, who likely ran for class president back in grade school but didn’t quite get the votes.  Now they’re taking that disappointment and frustration out on those who live the nearest to them, which breeds precisely the opposite sort of sentiment that makes for good neighbors.

In a subdivision in Kennesaw, Georgia, one resident has had enough.

Without further adieu, I give you the Creekside Declaration of Independence: 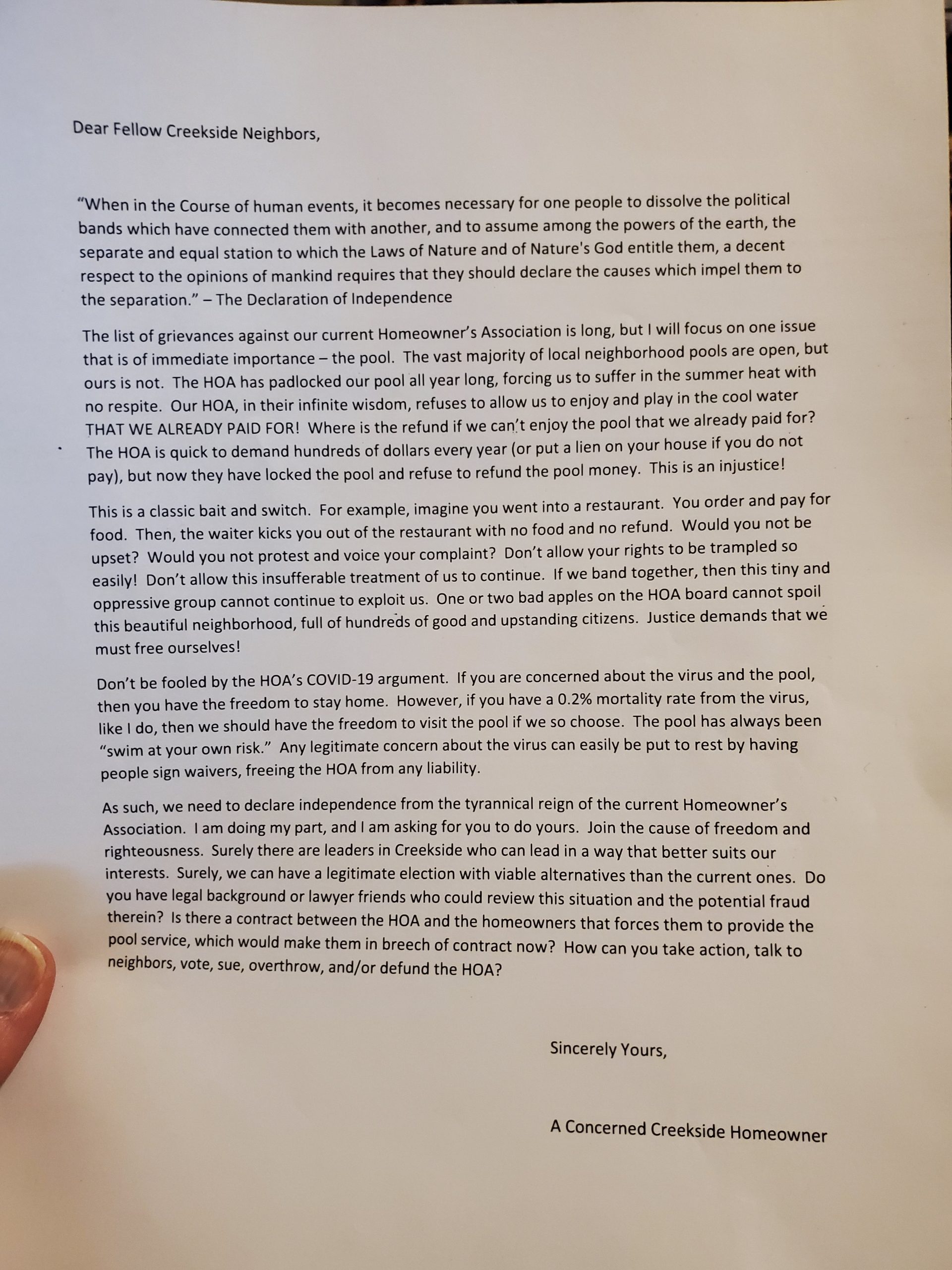 First, we have to give kudos for starting with a quote from the 1776 version of the Declaration of Independence.  One doesn’t often find the courage to craft a preamble to themselves with one of the greatest documents in modern history.

Secondly, it appears that this concerned Creekside homeowner has doubts about the legitimacy of a recent election?  Perhaps a much larger scandal is at hand here.

Last or not least, we would be remiss if we didn’t call out that very last sentence for covering all of the verbs of the various political spectrums by including “vote, sue, overthrow, and/or defund” as options for dealing with their “tyrannical” HOA.

No word yet on whether or not these suburban southerners will set off their revolution by throwing sweet tea in the harbor.

In this article:Featured, georgia, HOA, suburbs, tyranny
Up Next:

ALERT: WATCH As Trump Supporter’s House BOMBED In THIS State- LOOK At The Suspect- The Left Is Declaring WAR
AFF

Church in the Snow 1000 Piece Puzzle