President Trump made several promises to the American people during his 2016 electoral campaign, not the least of which had to do with driving the bureaucratic filth from The Beltway.

This ideology was summed up nicely in the “drain the swamp” ethos, evoking the imagery of a swirling and slick current of sludge being evacuated from where it has grown far too thick.  Lobbyists, special interest groups, and other political interlopers would soon see their days numbered as the “cleaning house” attitude trickled down from the top.

Now, GOP House Rep. Devin Nunes is insinuating that it was a fear of this forced exodus that saw former National Security Adviser General Michael Flynn targeted by the Robert Mueller-led RussiaGate probe.

Nunes made his assertions at CPAC.

“I think that Gen. Flynn has been mistreated would be putting it mildly. What’s happened to him should never happen to any American much less a war hero like Gen. Flynn,” Nunes declared, prompting loud applause from the audience.

The frustrating part about this is that I know because I was on the Trump transition team. One the things Gen. Flynn wanted to do — he thought it was critically important that we empty out the swamp of all the senior intelligence folks who are in Washington, DC.

S0, they had a real reason to get rid of Gen. Flynn because he was going to downsize the [White House] NSC [National Security Council], downsize the rest of the IC [intelligence community] elements in the swamp [and] push people out in the field because that’s were you get real intelligence. That’s what he wanted to do…and I know that because he told me this … [while] looking at a chart of the people he was going to eliminate.

General Flynn is currently locked in an ugly court battle, as he attempts to withdraw an earlier guilty plea on the grounds that the evidence against him was corrupted by the unethical behavior of FBI investigators.

In this article:deep state, Devin Nunes, FBI, Featured, michael flynn, Russiagate
Up Next: 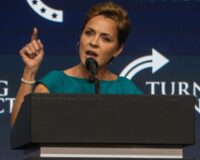 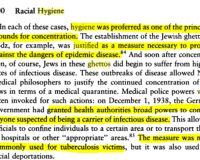