There has been plenty of talk as of late about the “silent majority” of supporters of President Trump, and how they may come into play during the 2020 election, set to come to a dramatic conclusion on Tuesday…hopefully.

The reason for all of his conversation about these hidden voters is that Donald Trump’s polling numbers aren’t looking too terribly great at the moment.  Sure, a few polls have shown him in a good position to take back the White House, but these have been the exceptions and not the rule.

So there is hope that a wide swatch of yet-uncounted Trump supporters exists, particularly in locales normally believed to be inhabited by an overwhelming majority of Democrats.

The final MAGA rally transpired in Beverly Hills, California on Saturday as thousands of Trump supporters gathered three days ahead of the 2020 presidential election.

The final Beverly Hills pro-Trump rally ahead of the widely anticipated November election started with some conflict with protesters, but that didn’t stop Trump supporters from rallying in support of President Donald Trump. 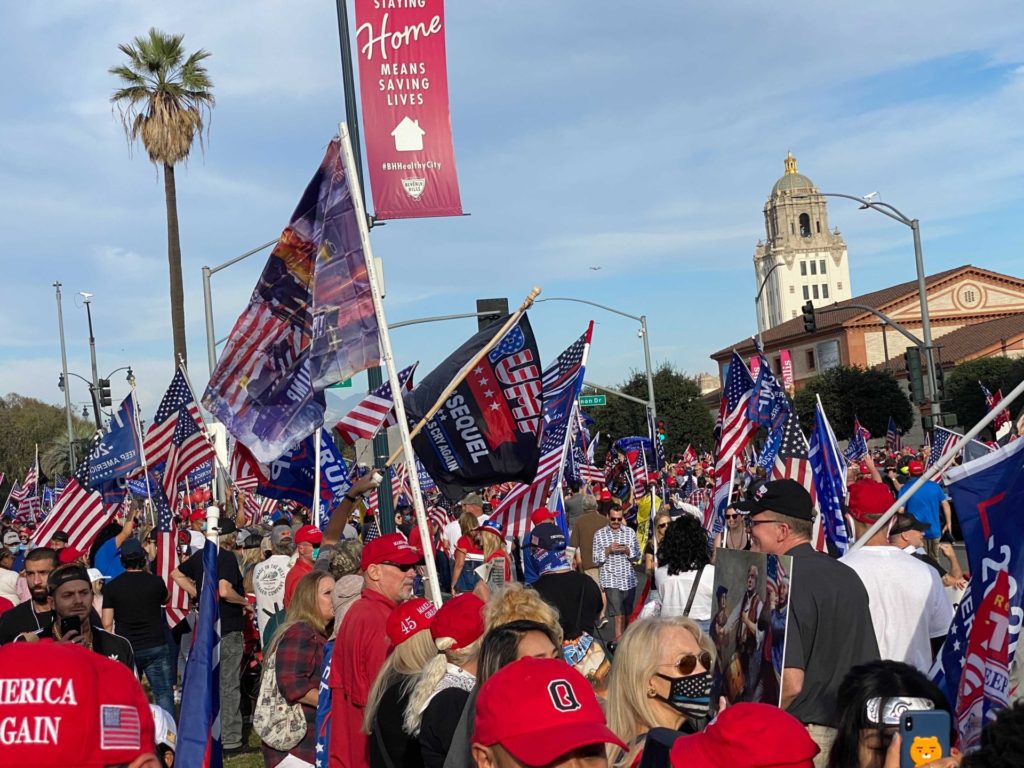 Whitney R., who attended Saturday’s rally, told Breitbart News: “the silent majority is silenced no more, chants of hope, freedom, and inclusion rang throughout the streets of Beverly Hills… it was an incredible feeling.”

Social media users were quick to share their experiences as well.

Beverly Hills is trending because the Democrats, the Media, and Big Tech have awoken a sleeping giant!👇🏾 pic.twitter.com/qkYDgH1yuZ

Thirty minutes in and the Trump “Freedom Rally” in Beverly Hills has attracted its largest crowd to date, by my estimation.

I’ll be covering the rally here, so follow for updates. pic.twitter.com/PooS6NR0oc

Something big is happening in California

And this was in BEVERLY HILLS pic.twitter.com/EZ6CL5TrKS

With only a few days left before the election, this is precisely the sort of display that is bringing hope back to Team Trump.

In this article:2020 election, California, Donald Trump, Featured, MAGA, rally
Up Next:

Charges Announced in the Death of Daunte Wright
April 14th, 2021 Flag And Cross

Officer Responsible For Shooting And Killing Ashli Babbitt During Capitol Riot Will Not Face Charges
April 14th, 2021 The Political Cowboy