As social media allows Americans to share a multitude of opinions quickly and loudly in the online space, there are plenty of opportunities for users to look a little bit foolish.  This appears to be the case in The Sunshine State this week after one of the NFL’s most promising young players bagged himself an impressive trophy alligator.

The pictures of the hunt, which were shared on Twitter, created quite the stir.

NFL star Wyatt Teller has received a fierce backlash from animal rights activists after he shot, killed and then posed with a 10-foot long alligator.

The Cleveland Browns guard, 26, was captured on video carrying a 200lb beast around his shoulders. 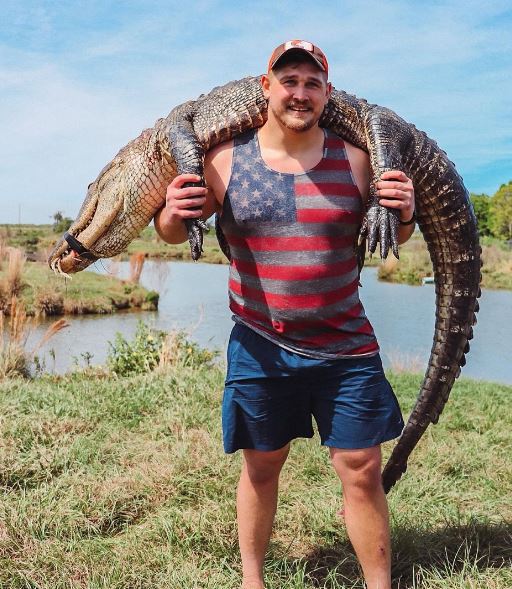 One response read: “This is disgusting! So cruel! Poor animal didn’t deserve to die just for that guy to have fun… someone do something please.”

Another commented: “Is carrying a dead animal supposed to be impressive?”

As another wrote: “Did he kill that gator just for a weightlifting vid? Lame bro.”

Critics of Teller’s photo were missing some key pieces to the puzzle, however.

Alligators in Florida have long been the subject of a complex and undulating conservation effort that is largely enforced via the tightly regulated hunting operation.  Without such checks and balances in place, these powerful predators would swiftly become a “nuisance animal”, decimating the local ecosystem.

In this article:Featured, Florida, hunting, NFL, social media
Up Next: