When it comes to the subject of the US border with Mexico, Presidents number 45 and 46 couldn’t have been any further away from one another.

Trump was a strict President as it pertained to illegal immigration and the border itself, often opining as to the red tape and legislative nightmare of trying to get a wall installed.  Joe Biden’s team is now spending millions upon millions of dollars to remove sections of that very wall.

And, to make matters worse, the Biden administration has long been rumored to be dealing with a clandestine humanitarian crisis as well, but journalists have been unable to gain access to detention facilities to verify that everyone is being treated humanely.

This week, one lawmaker took the matter into his own hands.

Congressman Cuellar, who lives along the Texas border with Mexico, told Axios these unaccompanied migrant children are living in eight “pods” designed to hold up to 260 people. However, Border Patrol officials are actually holding more than 400 unaccompanied male minors in the spaces, the Texas congressman said.

The photos were astounding.

The Biden Administration has not allowed news media or Members of Congress to photograph the conditions under which these migrant children are being held. 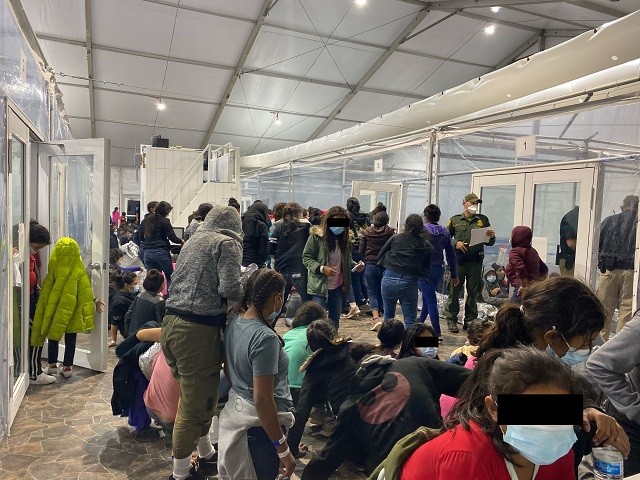 Cuellar recently visited the facility, but did not take the photos. He said the images were captured over the past weekend. 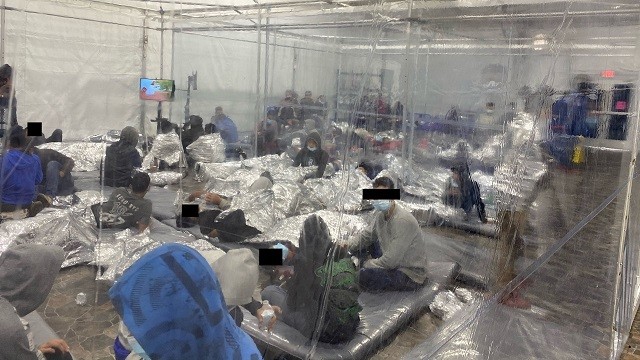 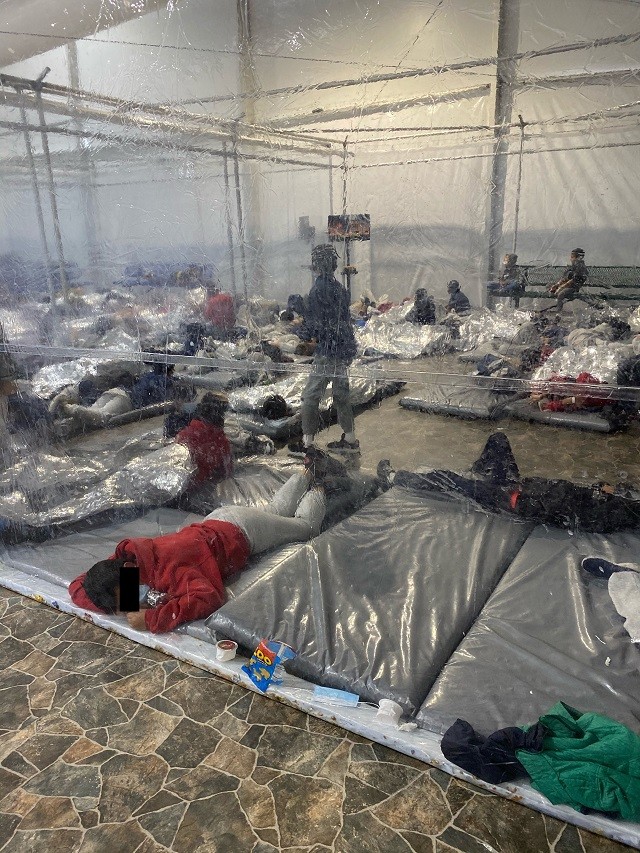 Project Veritas’ James O’Keefe released additional photographs and video leaked from inside Border Patrol facilities where up to 3,000 unaccompanied migrant minors are being held — often well beyond the 72-hour legal holding limit for minors.

Biden’s team has been attempting to tamp down concerns over the condition of these migrants, but the photographs speak for themselves.

In this article:Border, detention facility, Featured, immigration, Joe Biden
Up Next:

Cuomo Gets Torched: His ‘Reign’ Will ‘End Soon’ says Lawmaker

Biden Implies That Minnesota Cop-Shooting May Have Been Done on Purpose (Watch)
April 13th, 2021 Flag And Cross