As the nation continues to rage at the death of George Floyd and the societal situations surrounding that incident, American angst is manifesting itself is wildly different ways.

Some are marching, others are demanding massive legislate adjustments.  Others still are attempting to secede from the nation, like the folks inside the “Capital Hill Autonomous Zone” in Seattle.

The “CHAZ”, as it’s known online, is a six-block section of Seattle, so named for its proximity to the Capital Hill neighborhood of the city.  Guests who enter the area pass signs indicating that they are “leaving the USA”, on a journey into what has long been assumed to be a left-leaning, liberal haven.

Instead, we find a small enclave where border walls are key, and those displaying diverse political opinions are deported. 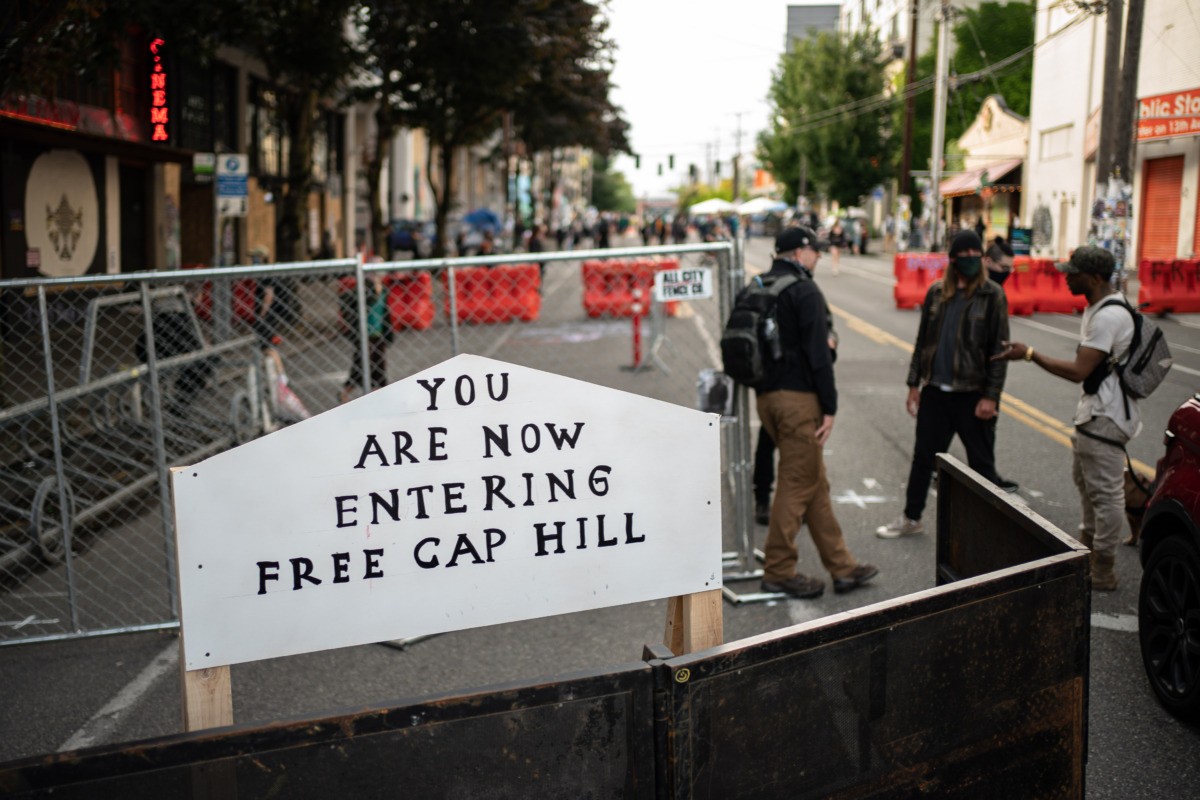 A sign is seen on a barrier at an entrance to the so-called “Capitol Hill Autonomous Zone” on June 10, 2020 in Seattle, Washington. (David Ryder/Getty Images) 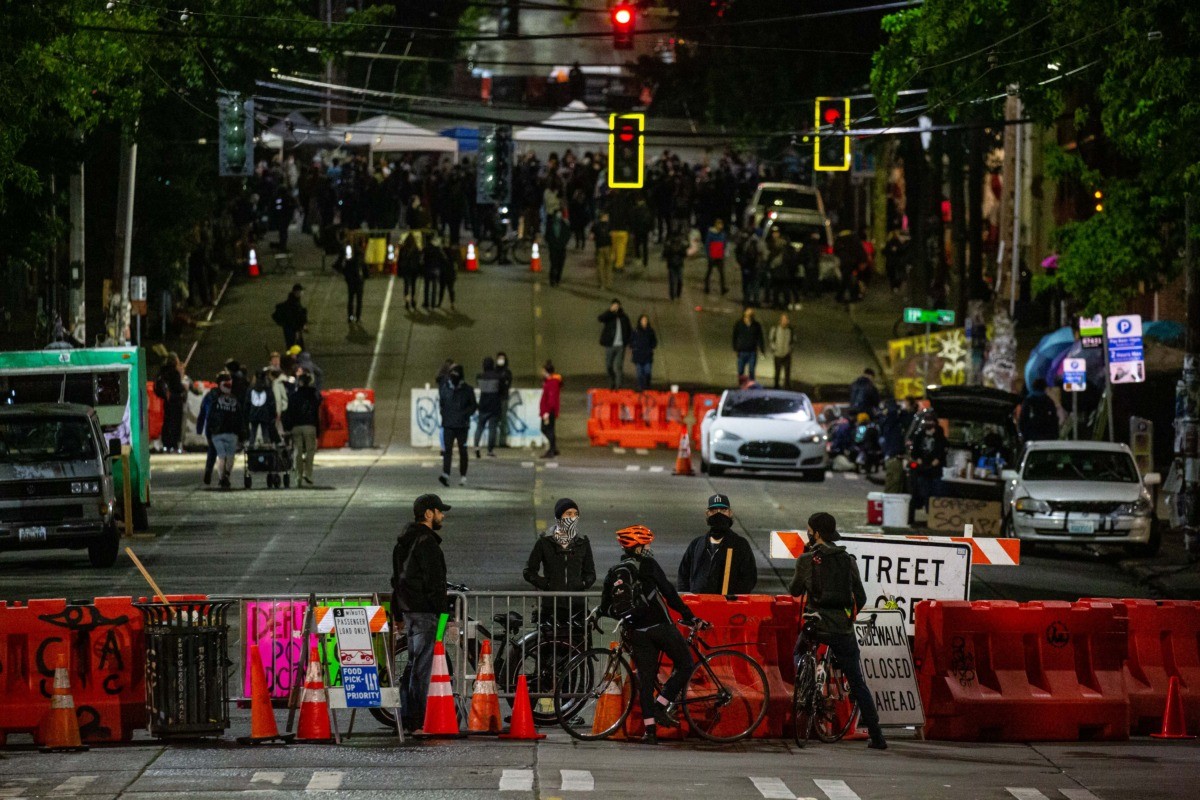 Barriers are seen on a street leading to the Seattle Police Departments East Precinct on June 9, 2020 in Seattle, Washington. (David Ryder/Getty Images) 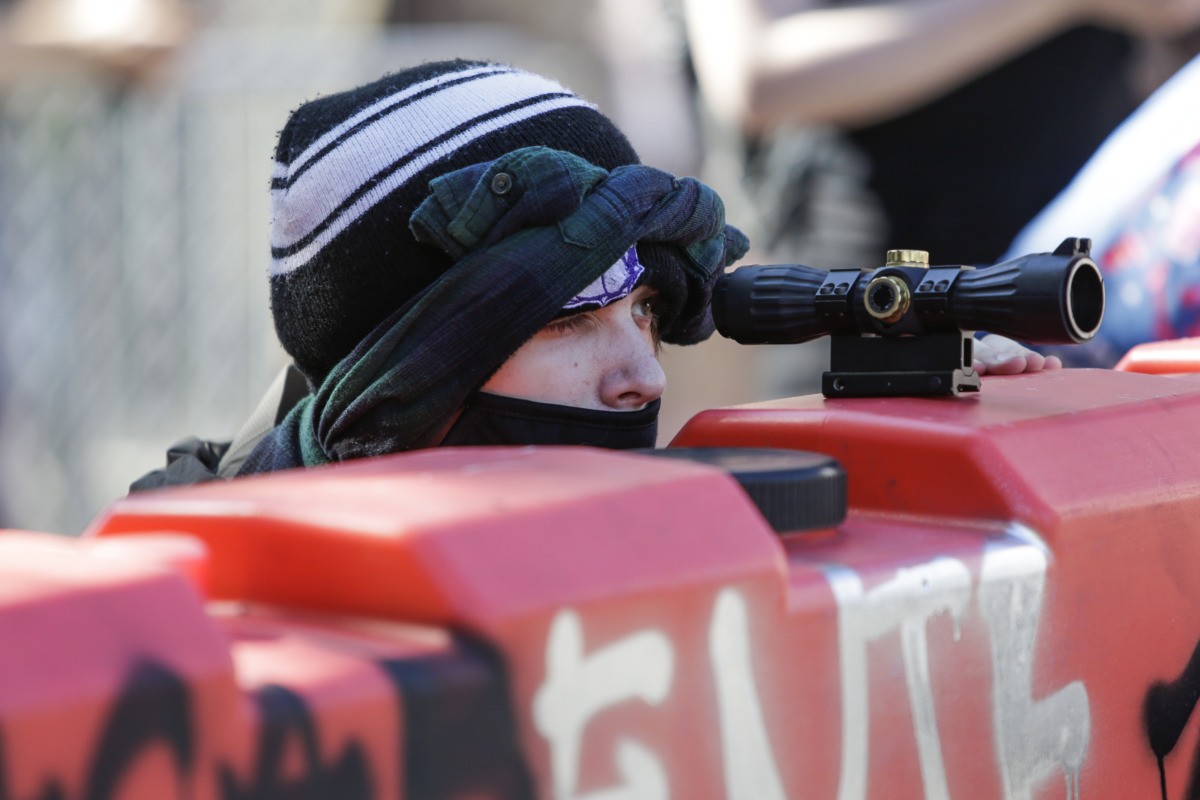 A protester uses a scope on top of a barricade to look for police approaching the newly created Capitol Hill Autonomous Zone (CHAZ) in Seattle, Washington on June 11, 2020. (JASON REDMOND/AFP via Getty Images) 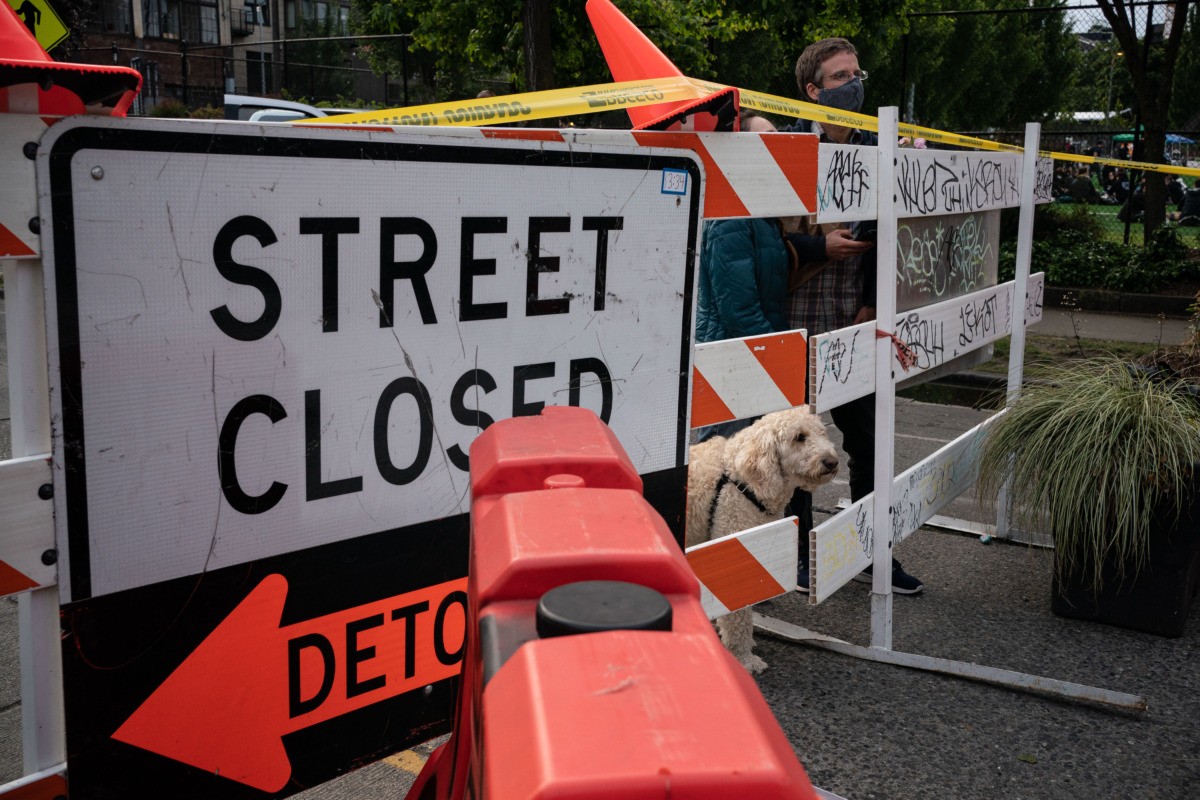 People peer through a barrier with their dog at an entrance to the so-called “Capitol Hill Autonomous Zone” on June 10, 2020 in Seattle, Washington. (David Ryder/Getty Images)

Then came the real kicker:

On Thursday, reporter Julio Rosas captured a moment where CHAZ occupants kicked out a man who said he was a pro-life activist and had been live-streaming from inside the autonomous zone.

The man was taunted by a mob as he was kicked out. The process was far less technical and impartial than the deportation process of the United States federal government.

The irony was palpable, to say the least.

In this article:border wall, Capital Hill Autonomous Zone, Featured, immigration, seattle
Up Next: